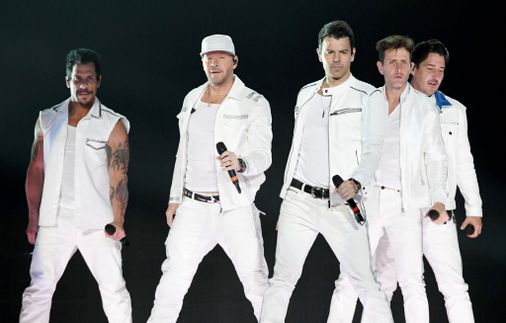 Things are not yet running at full speed, it is true. The Sinclair in Cambridge, the Leader Bank Pavilion (formerly Rockland Trust Bank Pavilion, formerly Blue Hills Bank Pavilion, formerly Bank of America Pavilion, etc., etc.) in the Seaport and the Xfinity Center in Mansfield all filled up with schedules. . Other places, like the Knight in Medford and Royale in the Theater District, seem to be proceeding a little more cautiously. And, of course, pour one for places like Great Scott that failed to make it to the other side.

But the machine is on and the live music has started again for good. You can safely imagine that each of the following shows – taking us through the fall equinox and being only a fraction of the musical offerings on offer in and around Boston – will be the first time anyone sees live music for at least a year and a half. Welcome back to each of you.

The list of acts adjacent to rock ‘n’ rock is so dense that you might not be able to tell that it all just started all over again. Prove that punk, emo and power pop are both sides of the same coin, Green day, Fall out Boy, and Weezer join forces at Fenway Park (August 5), while Alanis Morissette, Garbage, and Liz Phair (Xfinity Center, September 4) provide a fix from the female point of view a month later. Fill that gap, daddy-rock avatars Wilco and royalty riot-grrl Sleater-Kinney share the bill at the Pavillon de la Banque Leader (24 August), while Brandi carlile and Staples Mavis (Tanglewood, August 21) promise the most amazing concert of the season from a purely vocal standpoint.

Boston synthpop veterans Freezepop occupy the Sinclair for two nights (August 13-14), as Tiger jaw, which will return to the independent label of the 90s (August 27-28). Other indie rock stars include Soccer mom with Squirrel flower (Paradise, August 22-23), Japanese breakfast (Royale, Sept. 9-10), Above (Sinclair, September 15), and Julien Boulanger (House of Blues, September 17). Neo-New Waves Islands of the future (House of Blues, Sep 22) and singer-songwriter Martha wainwright (City Winery, August 25) are also on their way, hearts on their sleeves.

On the hip-hop side, Trippie redd gets the chance to perform a hit song about missing live performances during pandemic lockdown (“Miss The Rage”) at Xfinity Center (September 5), as not-so-secret musical polymaths Roots move from the TV screen to the live stage (House of Blues, August 29) even as “Summer Of Soul” drummer and director Questlove stares at the big screen. Rappers are also passing through Yung Blue (Big Night Live, September 1), Fabulous (Big Night Live, September 9), and Mr. Worldwide and Ms. Down Under themselves, Pit bull and Iggy Azalie (Xfinity Center, August 28). Singer of the Quiet Storm Phone (City Winery, August 14) and performer of rock songs Bettye Lavette (City Winery, August 6) brings R&B and soul.

And what summer would be complete without the classics? There are Jimmy buffett (Xfinity Center, August 14), of course, and perennials Billy Joel (Fenway Park, August 4), New Kids On The Block with Bell Biv DeVoe (Fenway Park, August 6) and the immortals To kiss (Xfinity Center, August 18). the Eagles perform “Hotel California” in its entirety (TD Garden, August 27-28) and the Black crows play “Shake Your Money Maker” (Xfinity Center, September 15), each with additional bonus hits. Elsewhere there is Judy Collins and Richard thompson (Tanglewood, August 22) and blues legend John mayall (City Winery, September 4). And Sandra bernhard brings his cabaret number to City Winery on September 2, because without music, summer is nothing.