Get the latest Syracuse news delivered straight to your inbox.
Subscribe to our newsletter here.

When asked what it was like to perform in Syracuse for the first time, Audrey Nuna didn’t mince words.

â€œPersonally, I had a hell of a blast,â€ Nuna said.

Sunday marked the first in-person Juice Jam, presented by University Union, in two years. UU virtually hosted last year’s concert. This year’s lineup included four artists in the hip-hop and pop genres: Audrey Nuna, Bea Miller, Jack Harlow and BoB. To mark the occasion, the students made sure to show up and show up at Skytop Field.

Before any performers took the stage, Aux Cord Wars, a DJ collective, entertained early arrivals with karaoke and comeback songs like “Party in the USA” by Miley Cyrus and “Super Bass” by Nicki. Minaj. The DJ collective performed between sets and launched Juice Jam products, including bandanas and t-shirts, into the crowd throughout the concert.

Audrey Nuna took the stage afterwards and stepped out in front of a few hundred people in the audience. She wore an all-white outfit, including a jacket with silver accents, with two long braids. Nuna kicked off her performance with her provocative anthem “Cool Kids”, a song from her new album “Liquid Breakfast”, which was released in May 2021.

During her set, the singer and rapper introduced herself to the crowd, telling them that she is from New Jersey and allergic to cats. She made the students scream as loud as she could as she listed their class years, which engaged the crowd.

In addition to his high-energy songs “Top Again” and “Comic Sans”, the Korean-American artist also performed some of his sweetest songs like “Space”.

Nuna’s set ended with her most listened to song to date, “Damn Right,” telling audiences that she wanted to see them blaze up for the song. The crowd respected and Nuna thanked Syracuse as she walked out.

After her performance, Nuna told Daily Orange that when it comes to thinking creatively, music and fashion are intertwined.

â€œI want to do New York Fashion Week with my own clothes and make the music for it,â€ she said. â€œI think they are interconnected. I think everything that is creative comes from the same wavelength in your body.

Bea Miller took second place, just as more and more students were starting to arrive on the South Campus.

As the former “X Factor” contestant performed songs like “It’s Not You, It’s Me” and “I Wanna Know,” a NOTD song starring Miller, the crowd grew livelier. , hopping in unison.

Miller brought her set to a halt when she noticed a girl wearing a birthday tiara. She got the girl’s name and asked the audience to say happy birthday all together.

After Miller closed his set with â€œhate u cuz i don’t,â€ Aux Cord Wars once again took to the stage during intermission, bringing the students on stage and taking requests for songs. 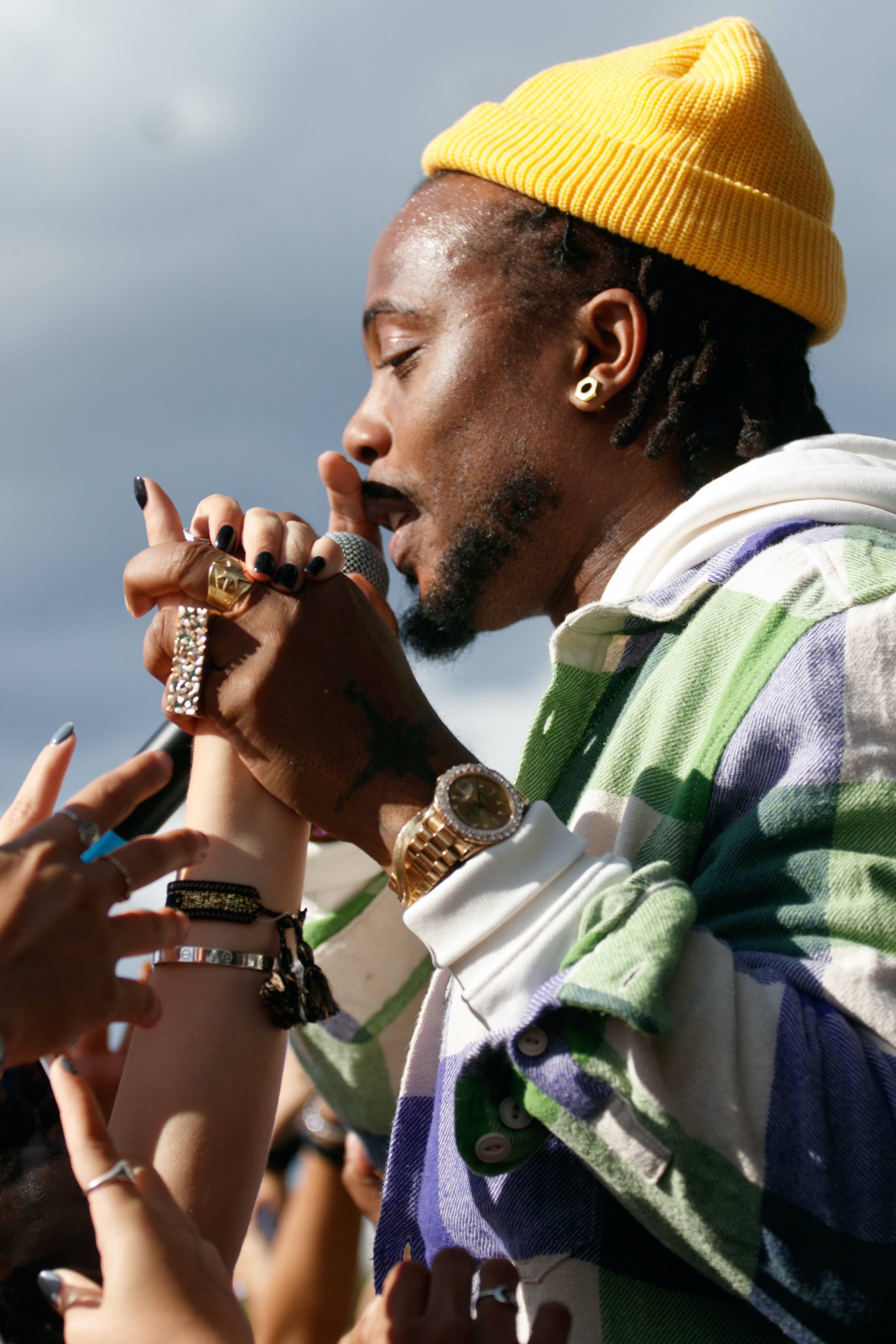 â€œGive it up for one of Atlanta’s best rappers, BoB,â€ the collective yelled.

The rapper, whose legal name is Bobby Ray Simmons Jr., was ready for Juice Jam, and proved it by opening his set with his song “Ready”.

In addition to his songs like â€œSo Goodâ€ and â€œHeadBandâ€, he also rapped his part of â€œPrice Tag,â€ a Jessie J song he appeared on.

A chant suddenly started in the crowd for BoB to play â€œAirplanes,â€ their 2010 hit song. BoB told members of the audience to put their fingers in the air. After following his order, the rapper waited to play the song until the mass of students started chanting his name. As the first seconds of “Airplanes” began, the audience sang the part of Hayley Williams’ song in unison.

Before BoB left the stage, he had a message for the crowd returning to campus.

As the crowd waited for Jack Harlow to arrive, the DJs returned to the stage. As well as continuing to invite students on stage and allow them to play whatever music they want, the duo also teased the crowd by asking if they were ready to see Harlow. About 20 minutes after BoB left the stage, it was time for the main performance.

The crowd of what started out as a few hundred students has grown to thousands, cheering full force for the opening seconds of “Tyler Herro”.

Harlow also took the time to perform a few covers that resonated with audiences, including “Fireflies” from Owl City. As the crowd seemed at first confused by the choice of song, they quickly joined in, singing with their hands up.

Harlow paused to tell audiences that this was his first time in Syracuse, that he was on tour, but that after Juice Jam he could take a day off.

â€œI want to top it off with all of you,â€ Harlow told the crowd. 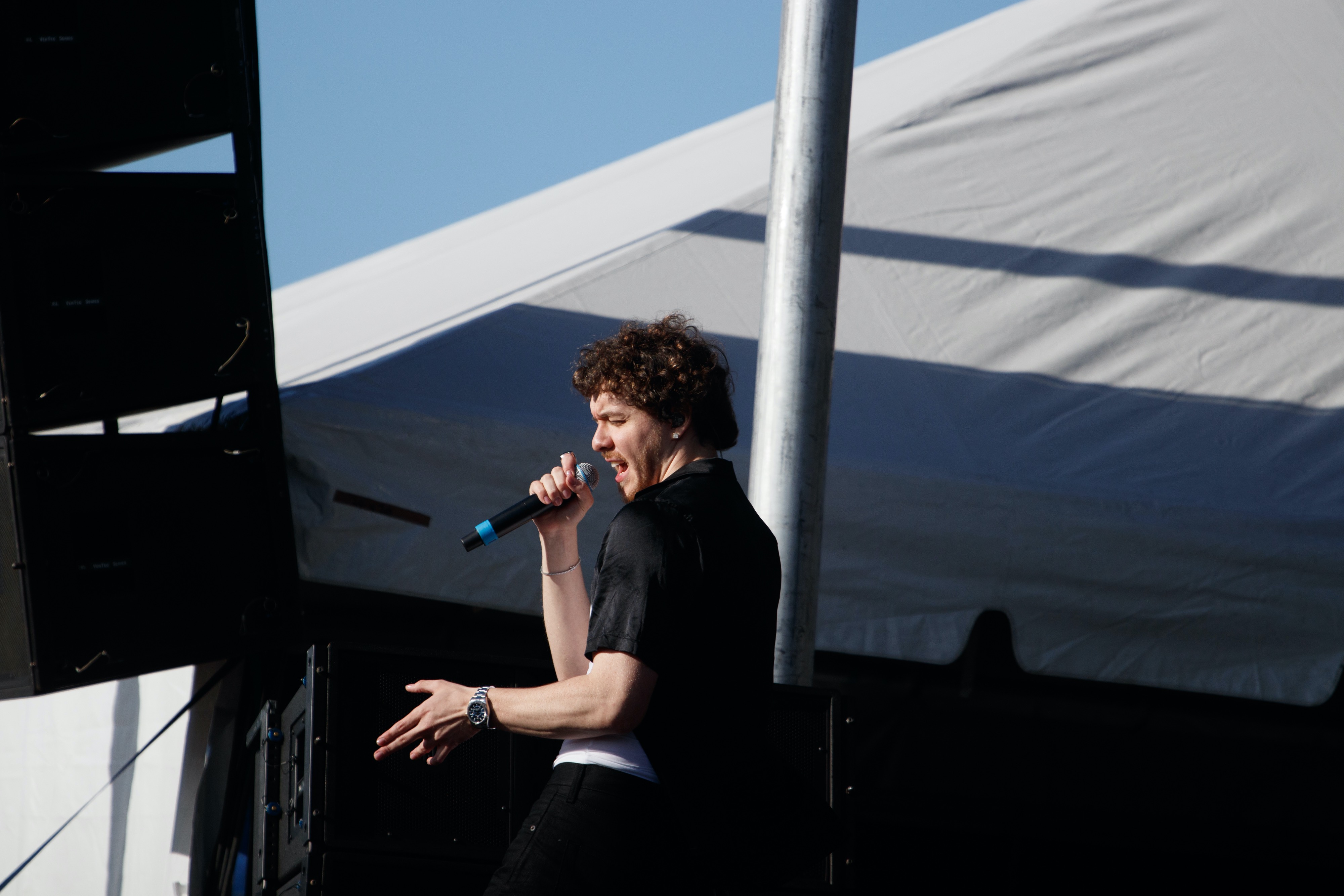 Then Harlow started playing “I WANNA SEE SOME ASS”. As the bass boomed through the speakers, the song was immediately approved by the students who started singing.

The Louisville rapper has performed some of his new singles like “Black on Black”, with Pooh Shiesty, and “INDUSTRY BABY”, by Lil Nas X and with Harlow. Before rapping his part of “INDUSTRY BABY”, Harlow yelled at his co-collaborator.

In addition to his most recent and popular songs, Harlow also made sure to play his old songs like â€œGHOSTâ€, which he said would reveal some of his â€œfirst day fansâ€.

To close the show, Harlow performed his Grammy-nominated hit “WHATS POPPIN”, as the crowd sang without missing a beat. He presented the song in a classically upbeat Jack Harlow way.

â€œI want this to be the best performance of this song that I’ve done at any college,â€ Harlow said.