Based on the beloved board game comes the brand new stage game, Cluedo. Starring Michelle Collins and Daniel Casey, the tour takes place at the Milton Keynes Theater for a week from Monday May 30.

Was it Miss Scarlet, with the gun in the dining room, or was it Professor Plum, with the lead pipe in the library…?

Daniel Casey, star of ITV’s Midsummer Murders, will join the cast of comedy thriller Cluedo as Professor Plum. Casey will join michelle collins, star of EastEnders and Coronation Street, who plays Miss Scarlett. The new play, directed by Mark Bell (The Play That Goes Wrong), arrives in Milton Keynes from Monday 30 May for one week. 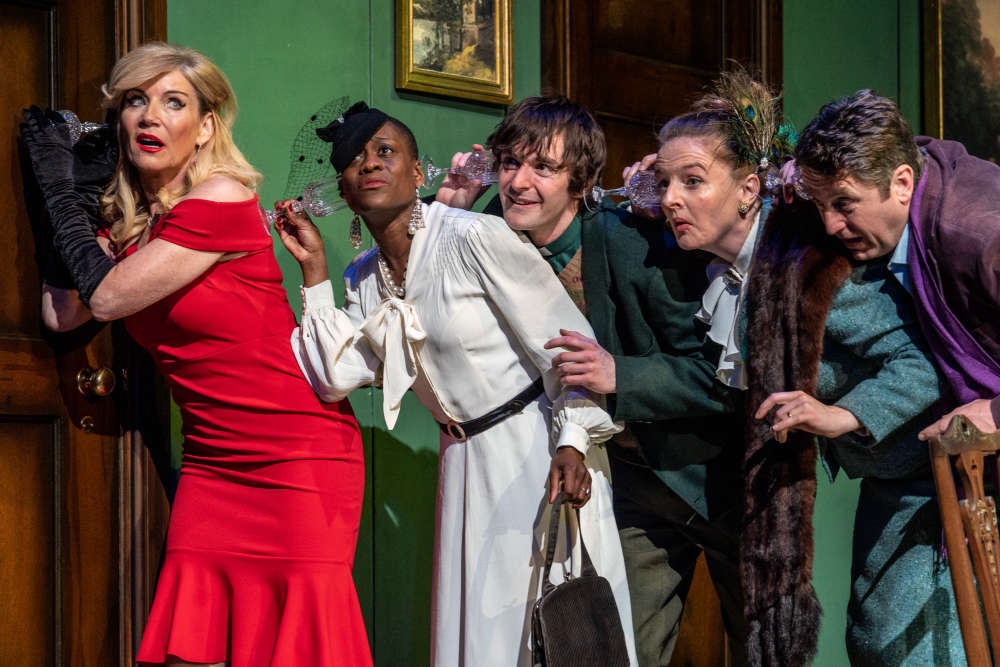 The full cast includes Jean-Luke Worrell as Wadsworth; Laura Kirman as Yvette; Wesley Griffith as Colonel Mustard; Etisyai Philip as Mrs. White, Judith Amesenga as Mrs. Peacock and Tom Babbage as Reverend Green. The set is made up of Harry Bradley and Meg Travers, with Georgia Bradley and Liam Harrigan as understudy.

Based on the classic Hasbro detective board game loved by generations and the hit 1985 Paramount film CLUE, Cluedo opens January 28 at Bromley’s Churchill Theater and will then tour theaters across the country until the end of July.

When Miss Scarlett, Professor Plum, Mrs Peacock, Reverend Green, Mrs White and Colonel Mustard arrive at a country house one dark and stormy evening, they are surprised to find that they have all received the same intriguing invitation from Lord Body. It soon becomes clear that they all have something to hide as the mystery and hysteria grows and the residents and guests of Boddy Manor are killed one by one, with a variety of familiar weapons, leaving everyone wondering who will be next!

This hilarious parody of a thriller will keep you guessing until the finale as guests and audience try to find a thriller…. with what… and where!

This first UK production promises audiences of all ages an evening of nostalgic, fun and thrilling entertainment. Based on the screenplay by Jonathan Lynn, the play is written by Sandy Rustin with additional material from Hunter Foster and Eric Price and for UK production, Mark Bell.

The tour is produced by Josh Andrews and Stuart Galbraith of Kilimanjaro Theatricals, in conjunction with their US producing partners Work Light Productions, Lively McCabe Entertainment & The Araca Group. 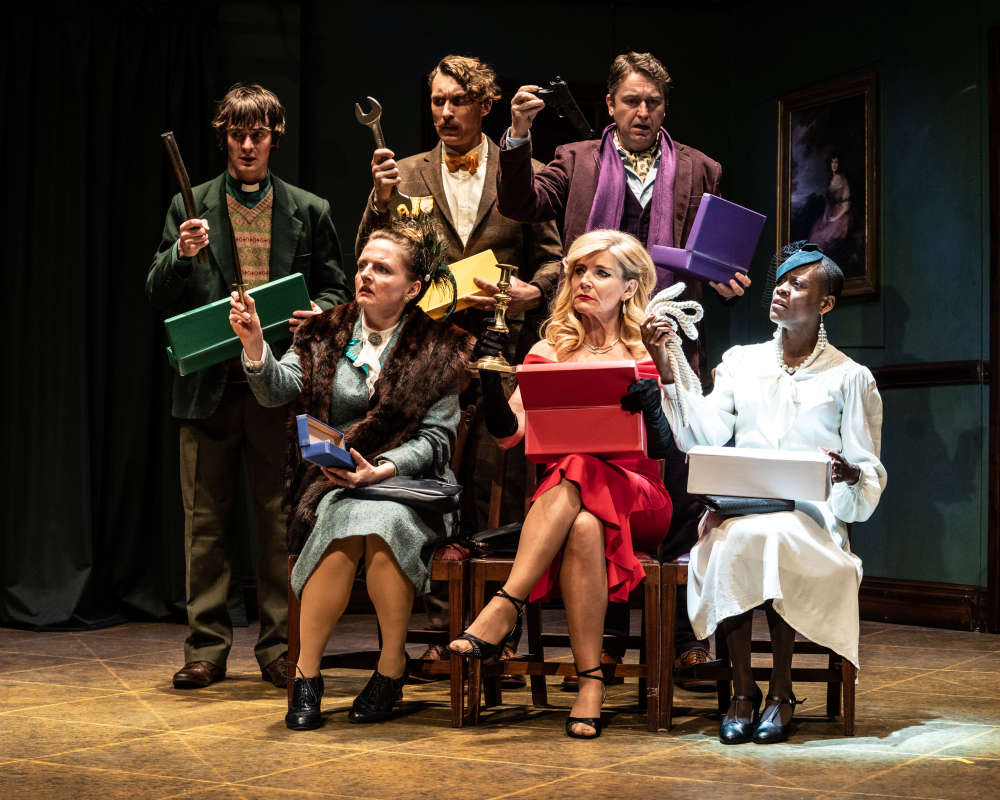 *Charges may apply. Calls cost up to 7p per minute, plus your phone company’s access charge