Carnifex is back to rekindle the sonic memories of past albums with the old-fashioned sound burn. On September 3, the band will release their eighth studio album via Nuclear Blast Records. Today, they released the music video for the track “Graveside Confessions”. Check out the video, directed by Jim Louvau and Tony Aguilera, below.

Carnifex comments: “This is an extremely personal album for the four of us. We poured our hearts out with all the love, fear and pain that we know in this album. Please take the journey with us.”

Carnifex’s Graveside Confessions is no stranger to the hostile world in which it was created. As all mankind experiences the torment of pain, weakness and betrayal, it is also deeply rooted in our nature to keep these notions tightly protected; to keep them secret. Often, as death approaches, we feel an insatiable urge to reveal these things to one another; confess.

The album was released just in time to help celebrate the 15th anniversary of Carnifex’s debut album, Dead In My Arms. The group revisited their debut album to re-record three songs, but now with huge advancements in production technology. A return to their roots, these songs act like the completion of a circle; a return to where things started.

Graveside Confessions will be available in the following formats:

With the engineering of the record completed in-house by drummer Shawn Cameron, the band recorded the album at Back Lounge Studios in San Diego, Calif., Almost entirely with help from Mick Kenney for mixing and mastering. This process, especially compared to Carnifex albums of the past, developed a much more satisfying and focused artistic vision for the group. Carnifex enlisted the help of English artist Godmachine, who worked on the previous two albums, to create the next visual art installment for Graveside Confessions. 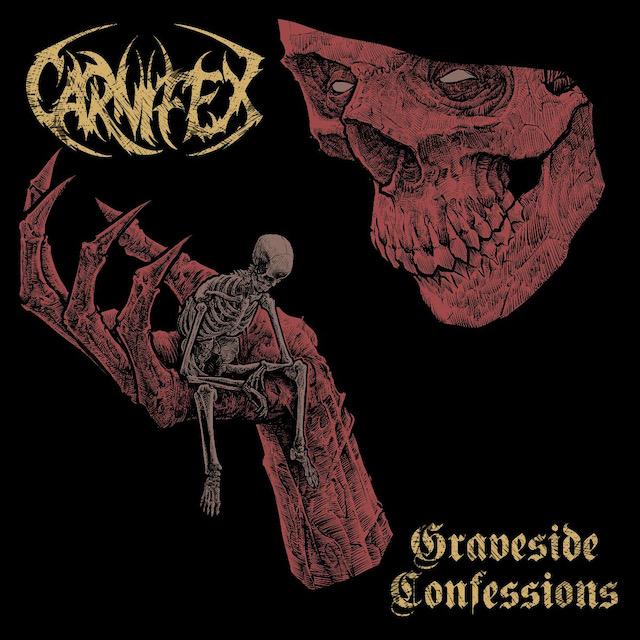 Video “Confessions at the edge of the grave”: