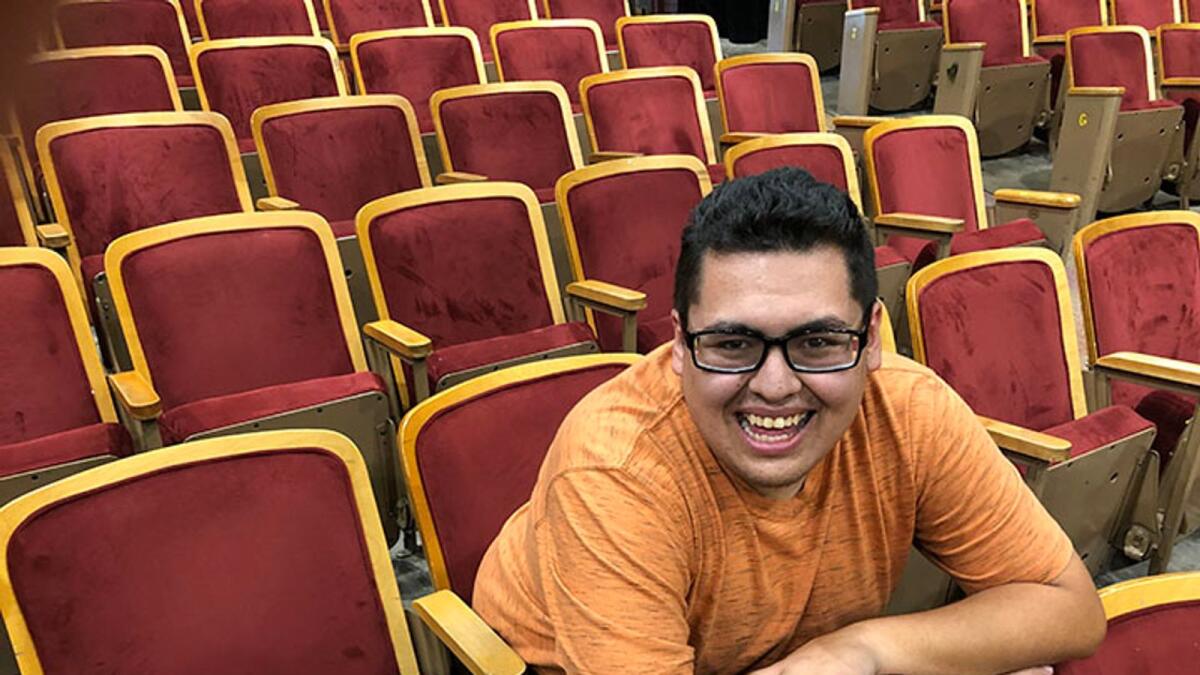 When Fort Lewis College senior Tyler Gleason (DinÃ©) played Rookie Carroca, an enthusiastic Italian-American dad in â€œMy Favorite Year,â€ he felt right at home. Naturally hot, Gleason is overflowing with any project he’s engaged in. And as a specialist in theater education, he had to surpass himself.

In 2020, Gleason was cast as Allen Van Oss, a button-down government official in Lee Blessing’s tense political drama “Two Rooms.” In contrast, he played pig # 3 in the sandstone production of “Shrek The Musical”. Moving on to stage direction, Gleason has assisted various department directors, worked as a summer intern at PlayFest, and is now taking charge of one of the upcoming plays in “Native American Stories for All Ages”.

FLC will mount three short works as part of a celebration of Native American theater from October 15 to 23.

Gleason was on the selection committee for the piece with professors and students who selected works for production this fall: â€œWild Horses,â€ by Rhiana Yazzie; Alan Kilpatrick’s â€œBuffalo Tricksâ€; and “Chief Tender-Foot”, by Annawyn Shamas, which Gleason will direct.

â€œOur goal was to feature all of the self-identifying Aboriginal people in all of the rooms,â€ Gleason said of the entire project. â€œI was able to do it and I feel so lucky. I realize “Chief Tender-Foot”. It’s a children’s theater show, and it’s about a chef who has sore feet all the time. So it’s a problem-solving game.

In addition to evening and morning performances for the general public, LTC faculty, staff and students, the college will transport elementary students from Durango School District 9-R, from third to fourth. fifth grade, to see stories for all ages.

â€œWe’re so excited,â€ Gleason said. â€œThis program illustrates how important Native American storytelling is to younger generations and how we, as a drama department, can recreate stories anew. When I first read the script, it spoke to me right away. The humor made me laugh out loud and I saw myself as the director.

â€œThere is so much negative energy in the world today. It’s a good-hearted story, and I’m thrilled to be making my directorial debut with this piece.

Written by Annawyn Shamas, 86, a Chickasaw elder and stage performer who earned undergraduate and graduate degrees from Oklahoma State University and in the mid-1960s joined the staff. Early in her career, she ran the Tribal Youth Theater in Tulsa, Oklahoma, and later directed plays for the American Indian Theater Company. Shamas is a past president of the Oklahoma Community Theater Association.

â€œ’Chief Tenderfoot’ is the first play I wrote for Native American youth,â€ Shamas said in a recent email. â€œIt is a legend of Nez Perse; the story of the birth of the first moccasins. Fort Lewis College is to be commended for its sensitivity to our Indigenous citizens and for its recognition that this history has been distorted for too long or simply devalued or ignored.

â€œI had a happy relationship with Tyler Gleason, the director of my play who contacted me about screenplay choices. I am a director who values â€‹â€‹the relationship with a playwright. Things are learned and worked out, which can only happen during the rehearsal process. I can’t wait to see Tyler’s imprint on “Tenderfoot”.

WHAT: Native American stories for all ages.

Shamas has two daughters, Ellen and Laura, who are active in the resurgence of Native American drama writing.

â€œEllen and I are planning a collaborative theatrical work of the Chickasaw legends for young people,â€ said Shamas. My daughter, Laura, whose work is extensive, has several Native American plays on her resume, including “Talking Leaves” on frontman Cherokee Sequoyah who created the Cherokee writing system and “Chasing Honey,” which deals with the disappearance of the bee. “

Laura Annawyn Shamas has published over 40 plays. She received her PhD in 2003 and her thesis, â€œThe Mythology of Shakespeare’s Strange Sisters,â€ was published in 2007. Her 2012 book, â€œPop Mythology,â€ is a collection of her published essays on the power of mythology in modern life.

Shamas said she looks forward to seeing FLC’s production on the last weekend of performances.

Judith Reynolds is an arts journalist and member of the American Theater Critics Association.