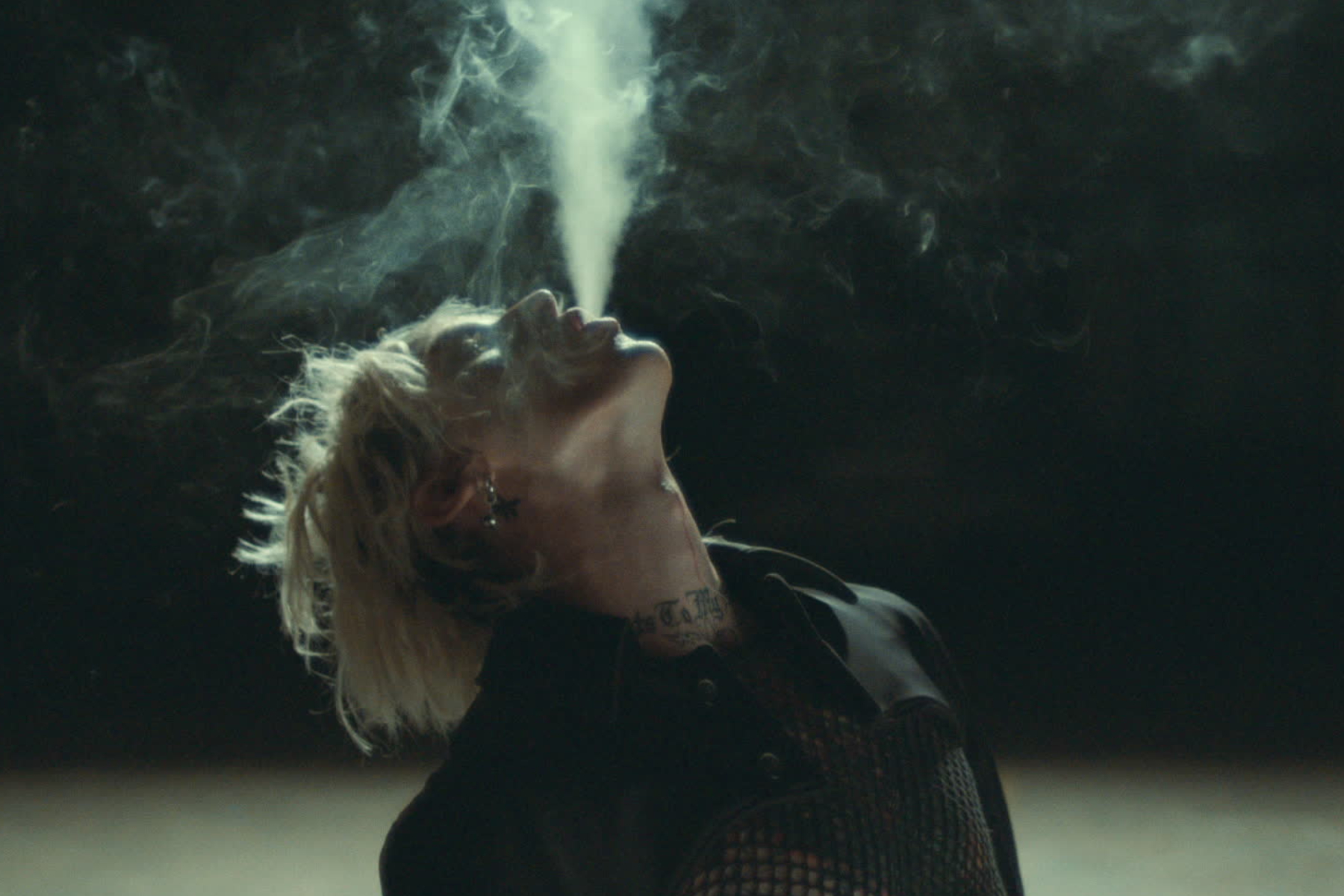 Machine Gun Kelly has dropped the video for the new song “Papercuts”. The track will appear on his next album, Born with horns.

The clip directed by Cole Bennett opens with black and white footage of MGK riding a motorcycle with gigantic horns on Sunset Boulevard. The lyrics dive into the struggle to find balance in the midst of stardom, and the surreal video features an oversized MGK surrounded by masked figures raging as the video progresses.

“Bleach my hair, mess it up / Take my life, dress it up,” he sings. “I signed a deal, I got paper clippings / They wanted them, but they got us.”

MGK announced Born with horns earlier in the week on Instagram, where he and his frequent collaborator Travis Barker (who also appears in the new clip) showed off their matching tattoos bearing the album’s name. Barker is the executive producer of the LP and also plays drums on set. Machine Gun Kelly’s sixth studio album follows the 2020s Tickets for My Fall, which was also produced by Barker.

“Travis showed me the art of not overthinking,” MGK said recently. Rolling stone to work with Barker. “There were times when I would come in, we would plug in instruments, and all that would come out while we were playing was the song. But then he also showed me that you can completely delete an entire song, just when you think it’s done, and start over until it becomes everything it should be. He would answer the phone at 5 a.m. if I called. The studio sessions have become cathartic. There was no censorship. He encouraged the raw emotion to come out.

Machine Gun Kelly recently made a surprise appearance at Lollapalooza, where he presented “My Ex’s Best Friend” (which was nominated for a VMA on Wednesday), “Bloody Valentine” and a cover of Paramore’s “Misery Business”.