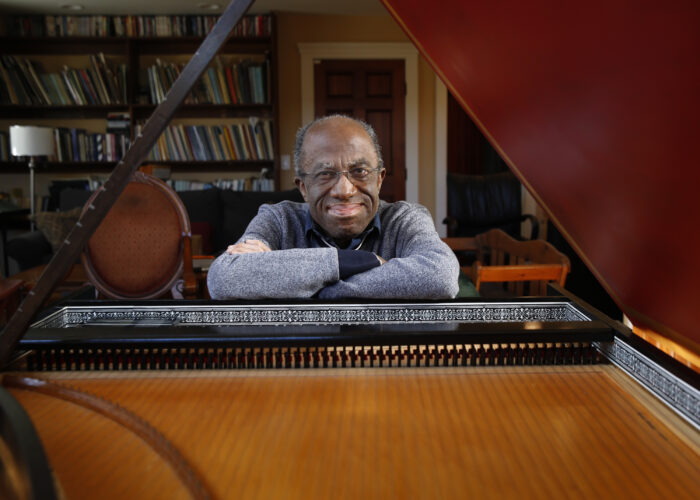 There was a lot to love about Michael Morgan, the music director of the Oakland Symphony, who died on Friday August 20 at age 63.

Michael had a shrill, sonorous, chirping laugh that often erupted into a conversation, sometimes at times unpredictable. It was happy and silly; it was not at all worthy. It was unlike anything you would expect to hear from a conductor.

But of course, Michael was never very interested in conforming to someone else’s idea of ​​what a conductor should be.

About the music, he was really, really serious. He was a dedicated worker and talented collaborator, able to bring out the best in anyone entering the orbit of the Oakland Symphony. And he is strongly committed to making his orchestra a community resource for the entire population of the city.

But the mystical maestro never meant much to Michael. Give it some music and a good conversation, and the laughter will begin.

Laughter wasn’t just for private consumption either. Anyone who has attended concerts at the Paramount Theater has met him sooner or later, and usually sooner. Before each gig, Michael said a few introductory words, and often his style of humor – a distinctive mix of daddy and deadpan camp jokes – wowed audiences.

And by the time the music started in earnest, whether it was Brahms, or Shostakovich, or a world premiere by a local composer, everyone was already in a good mood.

For me, that mood persisted throughout any interaction I had with Michael. He always took my calls when I asked for a quote, advice, or general information, and we often found ourselves chatting at length on a variety of topics, musical or not. He was remarkably comfortable speaking with the press – a function of being, as far as I know, deeply comfortable in his own skin.

One of the greatest gifts he gave me was that he never read reviews – or at least pretended not to, which was the same thing. This meant that whatever I wrote about a performance, there was no risk of him being offended or hurt. It also meant that when our paths crossed again, we could pick up where we left off without any lingering bad feelings.

Michael was a great conductor, but more than that he was a great musical director. His overall ambition was less to perform Beethoven’s or Schubert’s symphonies well – although that was naturally also part of the plan – than to find ways for the Oakland Symphony to be a force for good, both in the artistic and civic arena.

This is why its programming was so hectic and innovative, so dedicated to championing the work of the underrepresented and unrecognized. The “Notes From…” series, which each season spotlighted a different ethnic or national community in Oakland – Vietnamese, Iranian, Mexican – was a model of community engagement. His forays into musical theater, including concerts by “Candide” by Leonard Bernstein and “Guys and Dolls” by Frank Loesser showed what an orchestra can do without losing its central identity.

It took a long time before other local music organizations understood what Michael had to offer. The San Francisco Symphony, in particular, treated him with studious contempt for decades before bringing him on board during the pandemic to recast the concept of “Notes From…” in virtual form as “Currents”. (To be fair, he was also due to debut as a guest conductor with the orchestra in 2020 until the pandemic kicked in.)

In recent years, however, he seemed to be moving comfortably and gracefully into his role as a local statesman. West Edge Opera asked him to help organize his commission project, Aperture. When the San Francisco Conservatory of Music and the San Francisco Symphony created the Emerging Black Composers Project, Michael was a natural fit to bring his expertise.

It helped her to really be there, a decidedly local resource in an increasingly distant world. Because, ultimately, that was the greatest strength of Michael’s legacy – the importance of place, of creating an artistic institution that would reflect, support and be cherished by the community of which she was a part. The inextricable link between Oakland and the Oakland Symphony is something Michael leaves behind.

And of course, memories of his laughter, which was a consolation for me – and maybe for others too – in the midst of tears.