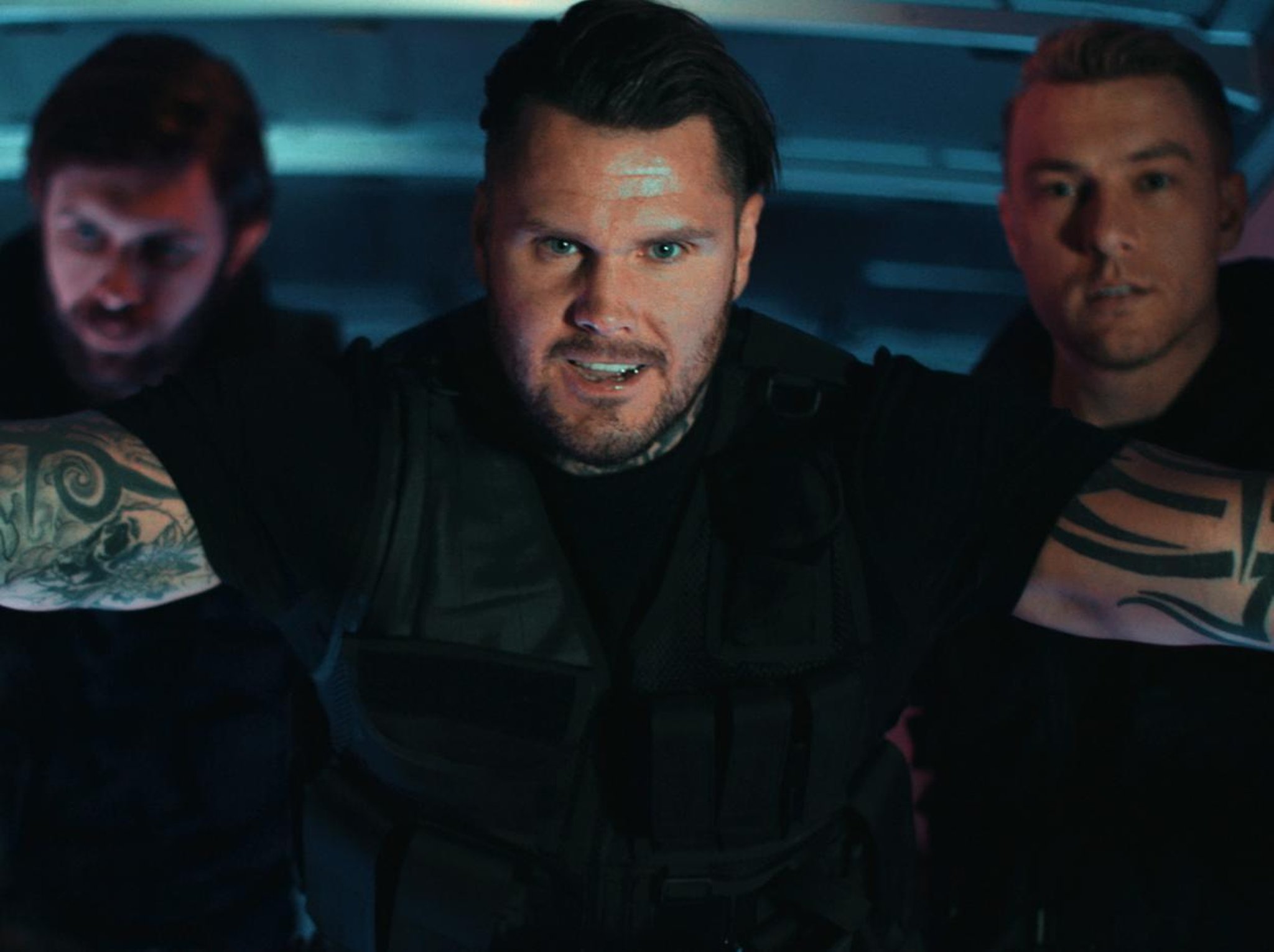 The pork will be showcased at the Picturedrome this Thursday. Image from GiantDwarf.

Four years of preparation and conceived before a global pandemic changes the world, Swine – the film project starring The Big Dirty by production company GiantDwarf – will finally be revealed this week.

For GiantDwarf, it will be the conclusion of an epic project, over 20 minutes, which also stars Tony Ceasar and Danny Nightingale.

Register now to our daily newsletter

The newsletter i cut through the noise

Swine sees members of The Big Dirty embark on a rescue mission to save other artists from an ugly belly of the music industry.

Singer of the hard rock quartet, James Shaw – AKA Johnny Rocket – said: “To have him finally here and ready to be seen by people is really satisfying, the first time I saw him I had my eyes a little fuzzy.

“GiantDwarf has really gone above and beyond with what they’ve produced.”

The first meeting to discuss the project took place in 2017, after the two worked together on The Big Dirty’s single Rhythm Of My Drum.

Shaw, who is joined on The Big Dirty by bassist and backing vocalist JC, lead guitarist C-Diddy and drummer T-Dog, added, “They wanted to jump in, launch their channel and they wanted to do something for the stage. local music.

“We all sat down, put our heads together and came up with Swine’s concept of the ‘meat chopping’ agencies that exist, just producing deeds.

“Pork is a bit of a major on that side of the industry, without wanting to go beyond the brand.”

GiantDwarf’s Phil Chapman and James Millar initially approached Tony Ceasar with the idea of ​​writing a track for a video after a job went wrong and they were left with unused footage.

They then decided to join The Big Dirty and producer Chris Datson – who later joined the latter as lead guitarist.

“We created a folder that they can all work on based on the idea of ​​something that was pro independent music and slightly anti-industry, which reflected the fact that we were burned out by the previous work,” explains Millar.

“The track was so good that we ended up removing the footage we had from the previous video and decided it had to be a completely new thing from scratch and also approached Danny ‘The Drunken Master’ to do the verse. opening.

“Then we had a video concept and an idea for a movie and the project just kept growing from there. “

Filming originally started in 2019, with the intention of releasing that year and although the coronavirus caused significant delays for the project, it allowed GiantDwarf to change what was initially a clip into one. short film.

“It went from a clip with a little intro and an outro to a 22-minute epic,” says Shaw.

“The first part introduces all the characters and you learn more about ‘Swine’.

“There is a scenario where a label organizes a competition for artists to perform and be judged.

“The judges, wearing pig masks, hold up signs showing who they love – while those they are not sent to a place called The Pit where they have to fight pigs, get locked in a dungeon and become slaves to the music industry.

“The Big Dirty are coming in to save people. There are bulletproof vests, guns, we go through a wall in a van, there is a huge shootout where pigs explode and turn into cash and I have a massive brawl with a pig boss which is played by a huge body builder.

“It was stressful, but really a lot of fun. GiantDwarf really made us proud on Rhythm, but it’s their baby. The quality is crazy. “

Speaking about the project, Mr. Millar said, “Phil and I are extremely proud of the end result.

“Most of the people in the project are musicians and not actors, but honestly you wouldn’t know that.

“They all worked well and the music score is crazy, Chris Datson wrote some really epic music for this movie. I really can’t wait for people to see and hear it all.”

Since Swine’s inception, The Big Dirty has changed their line-up and released their debut album, The Sex. Their most recent single, Under The Crimson Moon, was released in April.

With new management, they now have tours booked for the end of the year and next and hope to increase their presence in America and Japan.

“Releasing our album during lockdown was not ideal,” Shaw admits.

“We couldn’t tour or even train because of the restrictions.

“Now we’re at a point where we’re relearning the album while simultaneously trying to write new music.

“It’s going to be moving to get back on stage.

“We wanted our first show to be back in a place where everyone could stand, dance, jump and have a good time.

“After that, we’ll just go on and hopefully take over the world.”

Swine will premiere at the Picturedrome in Northampton on Thursday 22 July.

The Big Dirty will be joined by Karl Phillips and White Raven Down who will all perform as well as the screening.

Doors open at 7pm, tickets cost £ 10 online in advance via www.seetickets or £ 15 on site.