Modeling describes the album as “both a factual period that we can no longer return to and a fictional period that we were never a part of. Many songs on the disc are inspired by past events and revolve around the themes of loneliness, longing and feelings of longing.The sounds and sonic textures of the music are heavily influenced by old science fiction films, film scores and photographs of people and places that feel alienated reality.

BONUS – Watch the video for “Nigthwalker (Nothing Unexpected Short Film)” at nwaonline.com/58nightwalker/

Images rather than sound move modeling to create music. Connor Brogran, the eldest of three brothers who make up the indie electronic band, says that while they draw on their own musical influences and lives, the images ground their writing. With their upcoming release, “Somewhere Before,” they’ve even created a visual blog of grainy movie images and gifs to go along with their nostalgic soundscapes.

“Some of these photos have sound – you can look at these photos and you can feel something instantly,” says Cuinn, the youngest of the three. “That genre stems from the movies that we see, from some of the images that Connor has collected for this blog. We grew up seeing some of these things. So we have a sound in our head – a mood, a feeling.”

“I was very inspired by the movies ‘ET’ and ‘Blade Runner’ for this album. I just listened to those soundtracks a lot and watched those movies a lot,” second brother Ryan said, adding that “Alien” (1986) also seeped into his songwriting during the two years the three worked on the album.

Influences from these films also appear in Modeling’s “Nightwalker” video. Shot at night in and around Arkadia Retrocade in Fayetteville, the video has the vibe of a neglected VHS movie as a brooding Connor walks past empty stores in the Evelyn Hills Mall, then through abandoned tunnels and the along deserted streets. Although the video does not contain their music, it shows the kind of images that inspire them.

In addition to shooting the video locally, the brothers also made their debut album at home. They had a friend master the album and used artwork by photographer Anders Beulic, who experiments with older film and cameras.

“What’s cool about this album is that it’s the first thing, the first work, that we’ve ever done alone. So we recorded it, produced it and mixed it and it was all written in our apartment here in Fayetteville, in our little home studio in our garage, where we practice. And it’s like a humble little studio,” Connor explains. “We started the record at the start of the 2020 lockdown.” They had just released their single , “Lodestone,” and slowly began to piece the album together. One of the benefits of living together as a threesome is that they can always get together to make music.

“We’re very comfortable with each other. We all know how we work, so it’s really easy to get into the work environment because we know each other so well,” says Connor. “We have a lot of things that we have similarities that we all share, like with movies or things that we remember from our childhood, that kind of how we make music and things like that. It’s so easy to… do that.”

“I think because we’re so comfortable, sometimes we don’t treat it like work. We tend to just take our time with things because our studio is in our apartment, we’re there all the time. , so we can just kind of do it at our own pace. I think that’s the only thing that’s a downside,” Connor adds. “We make an effort to try to make it work and show up at a certain time and end at a certain time. So we’re not overworking or just being lazy.”

“The interesting thing about the album is that it spans two years. So the very first song and almost linearly, when you listen to it, if you hear the first song we wrote there two years, and the last song was the one we wrote about five months ago,” Ryan explains. “You hear a progression from where we started and how we ended. So that’s quite interesting to me, because it’s very different. It’s kind of spread out that way.”

Their new album, “Somewhere Before”, will be released on May 15 on all streaming platforms.

Modeling, a Fayetteville-based band of brothers Connor, Ryan and Cuinn Brogan, will release their debut album, Somewhere Before, on May 15. (Courtesy of Madelyn Amacher) 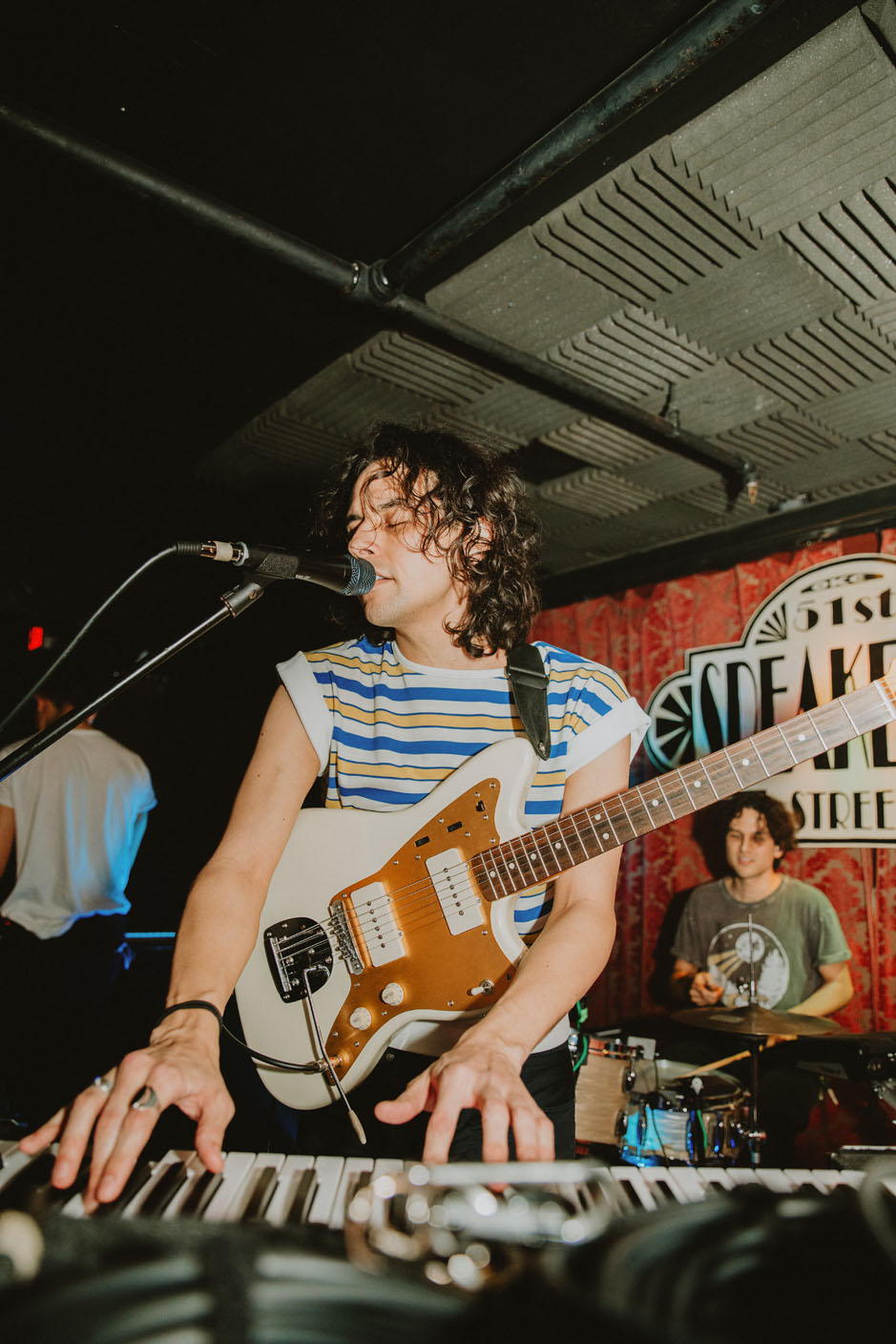 Modeling, a Fayetteville band made up of the Connor brothers (pictured center), Ryan and Cuinn Brogan, will release their debut album, Somewhere Before, on May 15. (Courtesy of Madelyn Amacher) 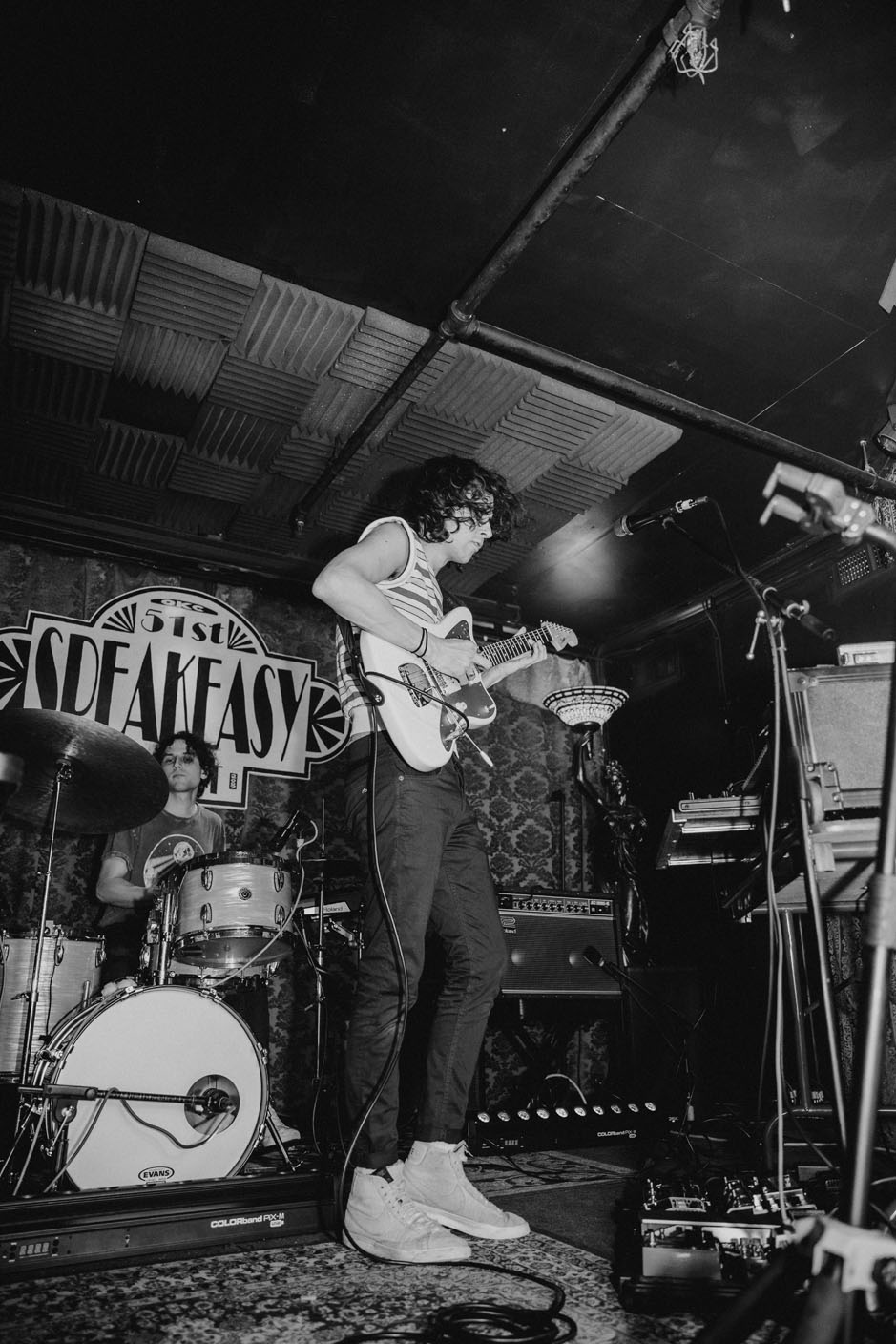 Modeling, a Fayetteville-based band of brothers Connor, Ryan and Cuinn Brogan, will release their debut album, Somewhere Before, on May 15. (Courtesy of Madelyn Amacher)