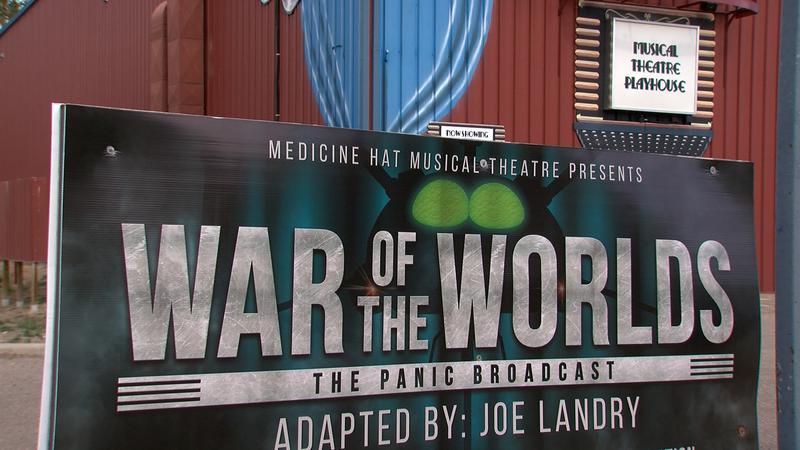 War of the Worlds was written in 1898 by HG Wells and adapted 40 years later by Orson Welles for a radio show.

It made a lot of noise among people who didn’t log in early enough and didn’t know what was going on.

“The story is about a Martian invasion, and (people) had concerns because the show itself was so incredibly well played and so well written that it was incredibly compelling,” Stark said. “And if you actually listen to the show, you can see where people would be a little worried if they didn’t know it was just a story.”

Stark says the Medicine Hat Musical Theater production War of the Worlds: The Panic Show is a one-room radio play, showing the production of the infamous 1938 radio show and what was happening offstage.

“We’re doing the Mercury Theater story and Orson Welles doing this show. We’re also going, verbatim, the original broadcast of Orson Welles’ version of the War of the Worlds is in it, ”she explains. “And then we kind of see what’s going on in the background and behind the scenes. Some of the phone calls coming into the broadcast studio and some of the worry and panic that was going on at the time. ”

This will be the first show the group will produce since February 2020.

The group was rehearsing for Monty Python Spamalot last spring before the first wave of COVID-19 forced them to shut it down. Last November, they were a few days away from bringing It’s a Wonderful Life: A Live Radio Play to the scene before Wave 2 puts an end to those shots.

The rest of the group’s programming includes It’s a Wonderful Life: A Live Radio Play in November and December, The Ding Dong in February and March and Monty Python Spamalot in April and May.

Stark says the group is changing the way they sell tickets this year, due to the fluid situation COVID presents.

They won’t be selling season tickets this year, but instead will be selling tickets show by show. Stark says they want to ease the stress on their volunteers and avoid the need for last-minute refunds in the event of cancellations.

Stark says they will implement the provincial restriction exemption program, which means you will need to show proof of vaccination or a recent negative COVID-19 test for entry. They will also keep an eye on any other direction from the province and the local situation.