August 12 – October 23: Based on the story of famous novelist Lee Cheong-jun, “Seopyeonje” chronicles the lifelong journey of singers from Pansorior traditional Korean narrative song, in the post-Korean War era (1950-53).

August 13 and 14: Singer Kang Daniel, who recently released his new album “The Story” in May, is preparing to hold a two-day concert in August. This is his first solo concert since going solo three years ago. The title of the concert, “Parade”, is also the main track of the new album. Kang premiered “Parade” last month on “The Kelly Clarkson Show.” Kang said he was “delighted to hold his first solo concert.”

Kang debuted in 2017 after winning first place on Mnet’s hit idol audition show “Produce 101.” He and 10 other finalists formed project boy band Wanna One, which disbanded in early 2019. He made his debut as a soloist in July 2019.

The concert starts at 6 p.m. on Saturday and 5 p.m. on Sunday. Both concerts will be broadcast live.

Until August 15: Set in Paris in 1917, a beautiful dancer named Mata Hari enchants all of Europe with her mysterious dance. She helps people forget the pain of war, eventually becoming a celebrity in high society. However, her life changes when she meets Captain Ladoux of the French Intelligence Bureau, who blackmails her into becoming a spy.

The Korean production of the musical is back with Ock Joo-hyun and Solar alternating the role of Mata Hari.
The performance starts at 7:30 p.m. on Tuesdays and Thursdays, 2:30 p.m. and 7:30 p.m. on Wednesdays; 2 p.m. and 7 p.m. on Fridays, Saturdays and public holidays and at 3 p.m. on Sundays.

There are no shows on Mondays.


THE MAN WHO LAUGHS
Sejong Center for the Performing Arts, Grand Theater

Until August 22: Directed by American director Robert Johanson, this musical is based on Victor Hugo’s 1869 novel of the same name. The musical has been praised for its set design, put together by designer Oh Pil-young. The story is set in 17th century England, where there was a huge gap between rich and poor.

The story revolves around the life of main character Gwynplaine and the unfair treatment he suffers from society.
For the upcoming production, singer Park Hyo-shin and musical actors Park Eun-tae and Park Kang-kyun are alternating the role of Gwynplaine.

Sunwoo was the first Korean pianist to win the gold medal at the prestigious Van Cliburn International Competition in 2017. His latest album was “Mozart”, released in early 2020. Chen is a Taiwanese-Australian violinist. He won the 2009 Queen Elisabeth Competition.

THE EIGHT SUFFERINGS OF THE RABBIT
National Theater of Korea, Haeoreum Grand Theater 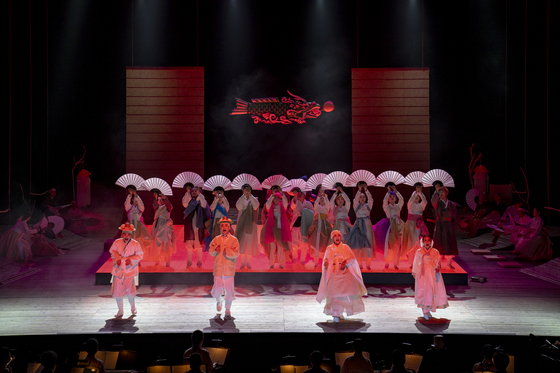 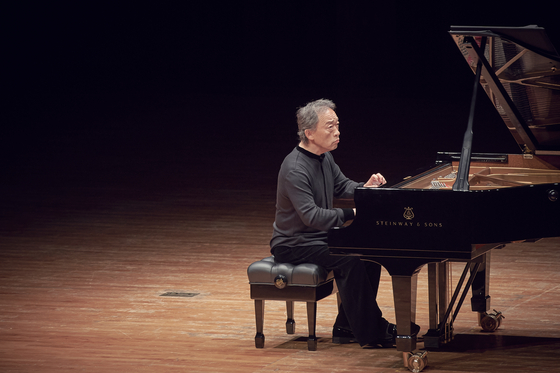 September 15: Maestro Chung Myung-whun will perform a chamber music concert with young Korean musicians at the Seoul Arts Center in southern Seoul. He will also conduct and play piano for one of the numbers.

The artists who will perform under Chung’s direction are cellist Song Young-hoon, double bassist Sung Min-je, violinist Kim Su-yeon and violist Kim Sarah. They will perform the “Piano Quartet No. 3 in C Minor, Op. 60” and Schubert’s “Piano Quintet in A major, D. 667”.

October 14: Maestro Simon Rattle and the London Symphony Orchestra visit Lotte Concert Hall for the first time in four years. Korean star pianist Cho Seong-jin will accompany them. The next concert could be the London Symphony’s last concert under Rattle’s direction in Korea, as the maestro will be leaving the orchestra after the 2023-24 season.

They will perform “La valse-poème chorégraphique pour orchester” by Maurice Ravel, “Symphony No. 7” by Bruckner and “Rhapsody on a Theme of Paganini” by Rachmaninoff.

The concert starts at 8 p.m.

Until October 23: Charlie Price takes over the family business from his father and begins to run a shoe factory, but he soon realizes that he is on the verge of bankruptcy. In a bid to find a breakthrough, the businessman reluctantly teams up with a drag performer named Lola to produce a line of high-heeled boots for other drag queens called “kinky boots”.

Through the relationship between the unlikely couple, the musical sheds light on how people from different backgrounds can come to understand each other.

The musical begins at 7:30 p.m. Tuesday to Friday, 2 p.m. and 7 p.m. on weekends and public holidays. There are no shows on Mondays.

*Most tickets are available at ticket.interpark.com/global or by calling 1544-1555.