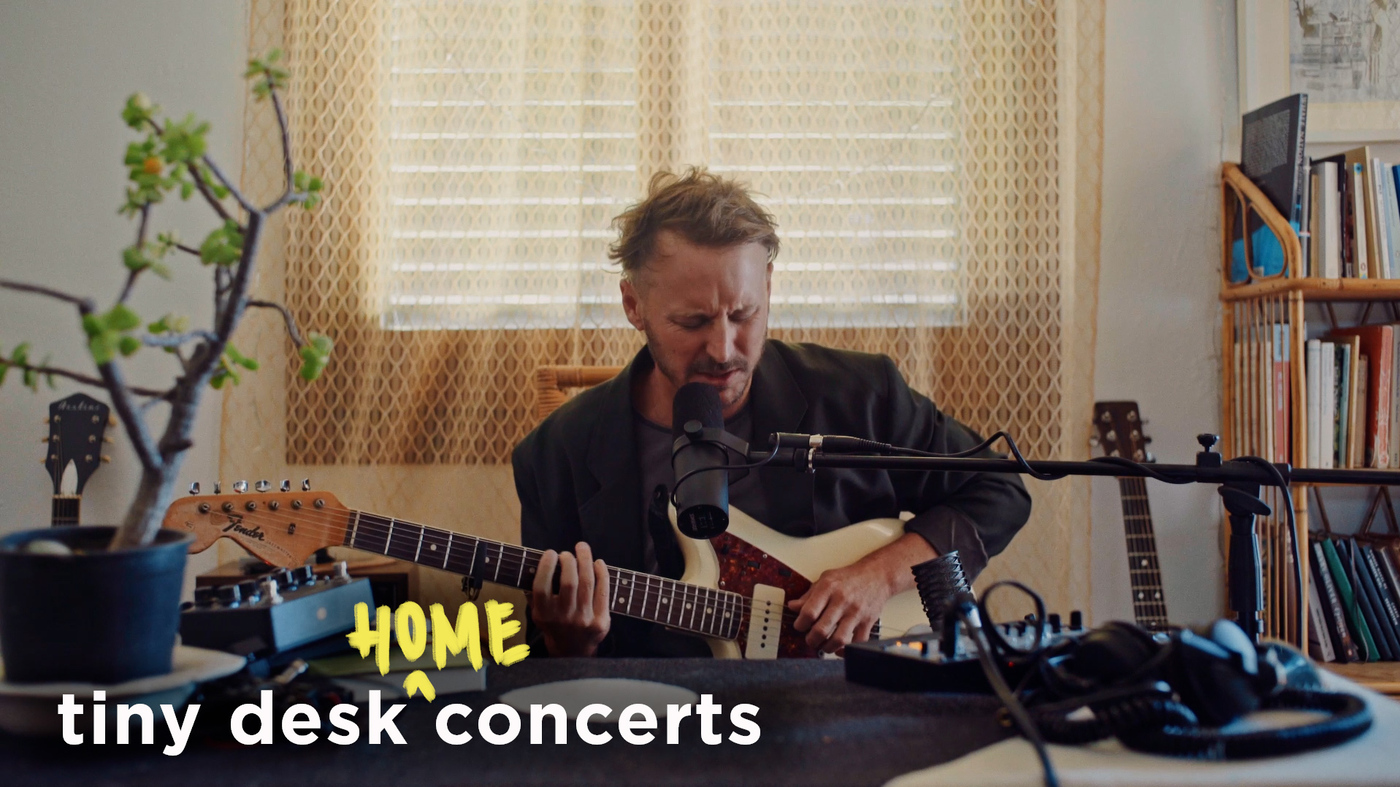 The Tiny Desk is operating from home for the foreseeable future. Introducing NPR Music’s Tiny Desk (home) concerts, bringing you performances from across the country and around the world. It’s the same spirit – stripped back decors, an intimate setting – just a different space.

Having spent time with Whiteout, Ben Howard’s Collections Adventurous sounding fourth album, I was curious to see how he would adapt these songs to the Tiny Desk (at home) concert format. So when the opening shot shows Ben alone in a room, an acoustic guitar in his hand, it was both an “oh yeah!” and an “uh-oh” moment. Gone are all those textures that he, Aaron Dessner, and a bunch of talented musicians had worked on, but in the foreground was that delicate, thoughtful voice that I love. It is a voice which in the recent past was often swarming with effects and buried in reverberation.

As Ben Howard opens his Tiny Desk with the album’s opening track, I found myself focusing on the oblique and pictorial images of “Follies Fixtures”: “Walk with me to the burning spire. / We can count the dead at Ender’s stake. / The dusty towns where the number was found / Don’t quite match the missing. ” He later created a new song, “Oldest Trick In The Book”.

“Thanks for having me and allowing me to play the slight variations of songs that I’m forced to settle down with right now,” Ben says, and with that he kicks the box. rhythms and plays the music that drew me to his work in 2021. Look at those fingers on the guitar and hear that tone. “Far”, indeed.