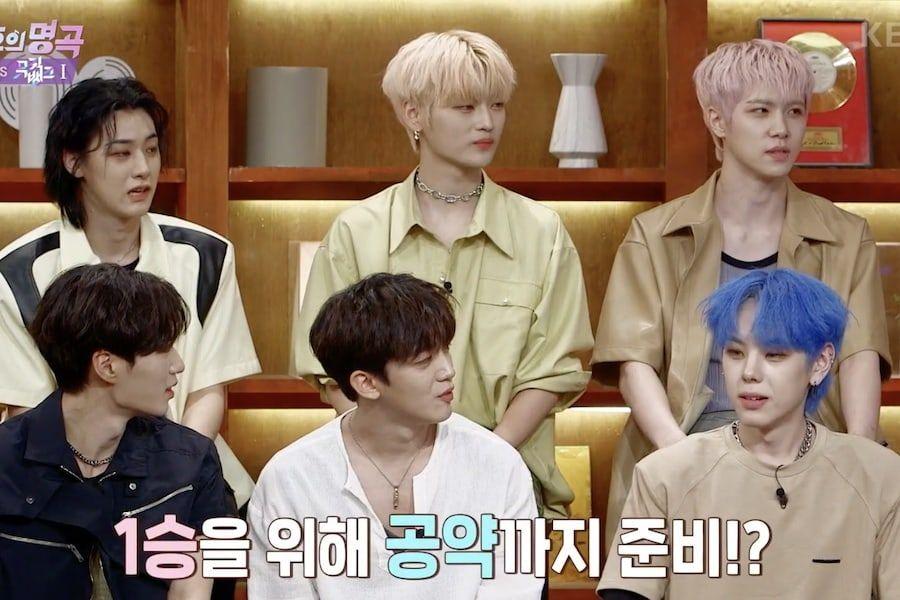 On July 10, the “Immortal songs“hosted a special” Summer Gayo Daejeon “with guests from” Gayo Top 10 “and” Music Bank. “” Gayo Top 10 “was a music ranking television show that aired from 1981 to 1998, preceding the current music show of KBS “Music Bank”.

The first match was between Park Sang Min and WEi. Park Sang Min said he made his debut in 1993 and the members of WEi shocked him by revealing that none of them were born around that time. Jang Daehyeon is the oldest member of WEi, born in 1997, and Park Sang Min said, “I had just left the military at that time.” WEi also showed his sense of competition by declaring: “Our leader [Jang Daehyeon] says if we don’t win at least once he will cease to be the leader.

For their performance, WEi covered “Passion” from Seven, showcasing perfect timing in a powerful performance on love.

Park Sang Min sang “You In My Arms” by Yoo Jae Ha with his characteristic hoarse voice. In the end, WEi won the round and the members shared, “This is the first time we have won in a competition.

How does this article make you feel?