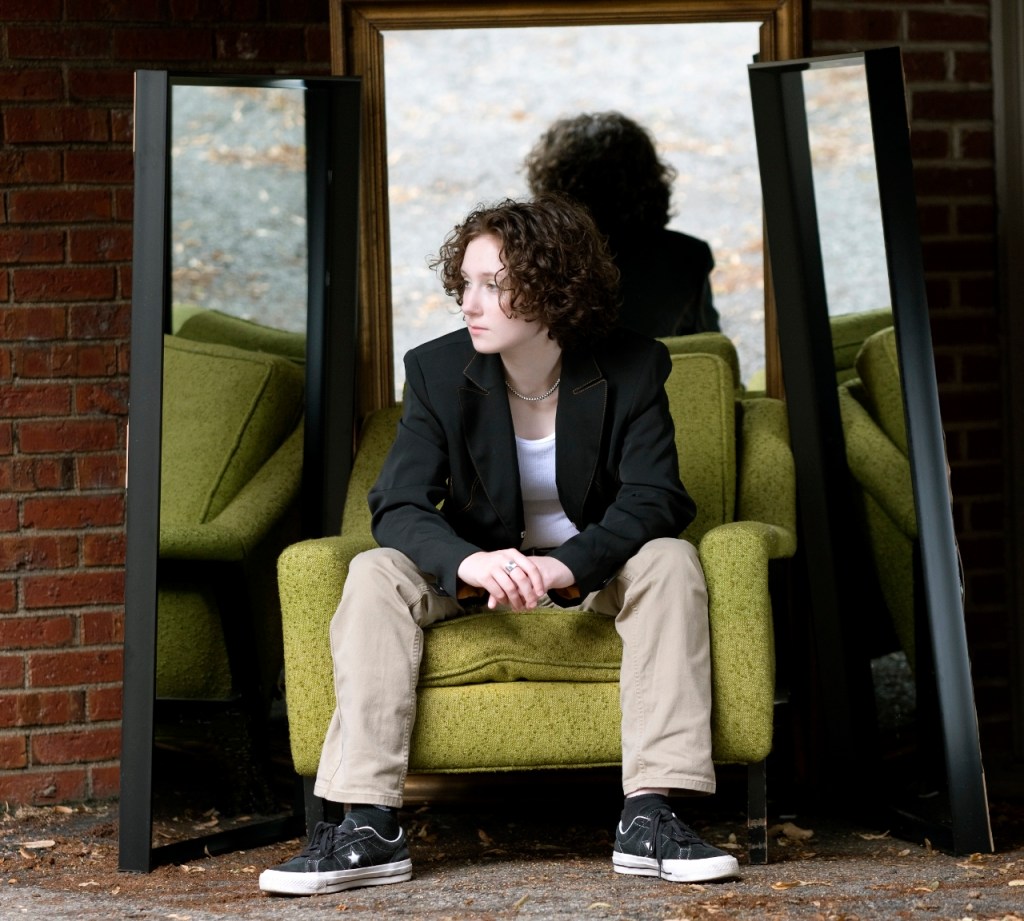 As a child, Zola Simone participated in a music program at the Center for Teen Empowerment in Boston. Now 18, Simone remembers marveling at the images of some of the city’s rising stars lining the walls of the center.

“I remember they had posters of Dutch ReBelle and Michael Christmas,” she told the Herald, referring to Boston’s hip-hop heroes. “What’s crazy is I was 13 looking at this Dutch ReBelle poster and now I have a song with it on my first album.”

This song (and the scorching ReBelle verse on it) helps make the new LP “Now You See Me” a powerful first release for Simone. At just one month old, Simone’s set has already accumulated hundreds of thousands of streams. It won’t be long before the singer-songwriter ends up with a label like “Massachusetts ‘Billie Eilish” (or maybe “Massachusetts’ Lorde”, which actually isn’t that far away). But before Simone goes global, it’s worth noting how good and grounded she is.

Designed with help from producer Arcitype in his Cambridge Bridge Sound and Stage Studio, “Now You See Me” shows Simone’s talent for tight melodic hooks and crisp lyrics. Echoing the ghosts of Club Passim, “Harvard Square” uses a bare folk framework to describe the bland commerce crushing the square. On “Sideways,” she teams up with Arcitype’s band, STL GLD, for a powerful hip-hop pop song that denounces school shootings and climate change.

“When writing things about social issues, I put a lot of pressure on myself to properly represent the gravity of a situation and do justice to the topics,” she said. “But at the same time, I also put a lot of pressure on myself not to make him out of date or preachy. As a teenager, I have the impression that adults are sometimes judgmental about issues and that prevents you from listening.

Nothing on “Now You See Me” prevents you from listening. From top to bottom, it’s a strong mix of pop, rock, folk, hip-hop and electro indie music. The wild rise of the streams offers proof of this. Just like the validation of Hollywood producers.

As her music now reaches a diverse audience on digital platforms, Simone’s first big breakthrough came when her song “Easy” featured in the Netflix series finale “Atypical”. In a crazy twist, Simone wrote the song about two of the show’s characters and sent it to a producer on “Atypical” via Instagram.

“(The producer) greeted the post and said, ‘Love it,’ which was really nice to hear and I thought that would be the end,” Simone said. Months later, she received a message from a music licensing official on the show. “I felt like it was the ultimate victory. All the producers loved it. It fit perfectly into the scene… I was delighted.

After graduating from high school, Simone decided not to enroll in Berklee College of Music this fall. It’s hard to know what the right career choice will be at this point, but riding with the impressive momentum of “Now You See Me” seems like a smart move.

“I’m definitely not stopping,” she said. “I just moved to Medford from Cambridge and finished setting up the music corner in my room and was recording something yesterday.”

For music and details go to zolasimonemusic.com.